Lessons And Life Skills That Go Way Beyond Just Sports 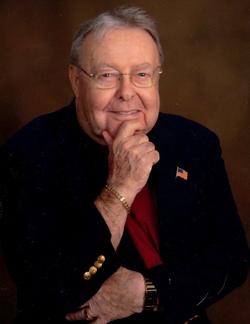 With the support of a very generous anonymous donor, Youth Athletes Foundation will award the Father Robert William Hunt Scholarship each year in memory of Father Hunt who passed away on April 30, 2017.

Father Hunt touched many thousands of hearts and lives through his very popular Parish Mission and Retreat Ministry which extended over more than thirty-five years. “Mission for Today” was his hallmark achievement – a message of Love, Life and Hope. His sermons were always relevant and laced with a sharp, timely sense of humor. Father Hunt was born in St Louis, MO on August 29, 1928. He studied and was ordained for the priesthood in the Society of the Precious Blood on May 15, 1955.

As an honored member of the National Professional Speakers Association, with the distinction of a Certified Speaking Professional, Father Hunt delivered countless motivational talks to companies large and small, across the United States and Canada. In addition to his public ministry, Father Hunt was a very effective counsellor, assisting clients in finding resolutions to difficult personal and spiritual issues. After retiring from his preaching ministry, he assisted at Holy Cross Catholic Church, Orlando where the parish benefited greatly from his gifts.

Father Hunt’s sports connection was in his early days as a seminarian at St. Joseph's College in Rensselaer, Indiana. He was a catcher on the seminary's baseball T*E*A*M. He was so good that the St. Joseph's baseball coach wanted him to play for the regular college baseball squad full-time. However, the seminary's rector would not allow it, reasoning that doing so would take away from his preparation for the priesthood.

When his priestly duties assigned him to St. Mary's Parish in Alexandria, Virginia, he formed a parish baseball team, where he played shortstop and was the team's star. On game nights, while keeping his assigned counseling appointments, he would wear his baseball uniform underneath his cassock so he could quickly change from counselor to shortstop.

Father Hunt made an impact on so many during his lifetime, including our very generous anonymous donor who wants to honor Father Hunt every year by providing a scholarship to a very deserving high school junior or senior to attend college.

The Father Robert William Hunt Scholarship will award $5,000 per year for four years to assist with college expenses. The student who is selected will be required to take a minimum of twelve college credit hour per semester earning a grade point average of 2.5 or above.

To apply for the Father Robert William Hunt Scholarship please email info@youthathletes.org. Applications are due by August 8, 2018.